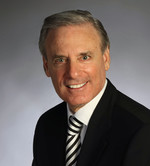 Throughout his career, spanning more than four decades, Mr. Levan has served as Chairman of four New York Stock Exchange listed companies and been a driving force in raising more than $2 billion in debt and equity.  In 1971, at the age of 27, he founded IRE Financial, the predecessor to BBX Capital Corporation, and over the next ten years, raised hundreds of millions of dollars and built a national portfolio of real estate exceeding $1.5 billion in value. Mr. Levan spearheaded the acquisition and development of several master-planned communities including tens of thousands of square feet of commercial space, shopping centers and thousands of homes. After acquiring control of BankAtlantic in 1984, Mr. Levan built the company into a 100-branch, $6 billion Florida Banking franchise and later led its sale to BB&T.  As a director of Benihana, Inc. (formerly listed on NASDAQ: BNHN), Mr. Levan managed the sale of the company. Benihana grew from $2 per share, to a $16.30 per share acquisition deal price. Under his leadership, BBX Capital has invested in and acquired businesses in banking, retail brokerage and investment banking, hospitality and timeshare, real estate and other sectors.

Mr. Levan serves on the Nova Southeastern University (NSU) Board of Trustees. Previously, he served as Chairman. He is also Co-Founder and Co-Chairman of the Susie and Alan B. Levan NSU Ambassadors Board. He is Founder and Chairman of the BBX Capital Foundation, which has contributed over $15 million to the South Florida community and is one of Broward County’s largest Habitat for Humanity supporters. He is currently a member of YPO Gold, the successor organization of Young Presidents Organization (YPO). Mr. Levan has received Habitat for Humanity’s Spirit of Humanity Award, NSU’s Entrepreneurship Hall of Fame Award, Greater Miami Chamber of Commerce’s Cutting Edge Award, Sun-Sentinel’s Excalibur Business Leader of the Year Award, Florida Atlantic University’s College of Business, Business Leader of the Year award and Ernst & Young’s Entrepreneur of the Year award for Florida. 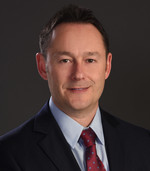 Raymond S. Lopez rejoined Bluegreen as Executive Vice President, Chief Financial Officer and Treasurer on September 30, 2019 and was subsequently appointed Chief Operating Officer on November 25, 2019. Since 2015, Mr. Lopez has served as Executive Vice President and Chief Financial Officer of BBX Capital Corporation (NYSE:BBX) (“BBX”), and will continue to hold that position concurrent with his positions at Bluegreen.

Prior to joining BBX, Mr. Lopez served as Chief Accounting Officer of Bluegreen from 2005 through 2015 and as our Controller from 2004 to 2005. Prior to Bluegreen, Mr. Lopez held various roles at Office Depot, Inc. and Arthur Andersen LLP. Mr. Lopez is a Certified Public Accountant, is currently serves as the Co-Chairperson of the ARDA Finance Committee and was named “Chief Financial Officer of the Year” by the South Florida Business Journal in 2018. 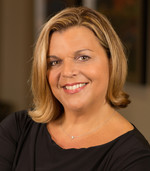 Ms. Saturday came to Bluegreen in 1988 with a business background in accounting. In 1995 she was entrusted with building Bluegreen’s Human Resources department and a high-performance culture dedicated to serving all stakeholders. In addition to her HR oversight, Ms. Saturday was responsible for various other functions throughout her career at Bluegreen Vacations and since 2004 served as Chief Human Resources Officer.  She has also served on the Company’s Executive Committee. 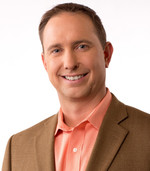 Mr. Tonkin is a seasoned sales executive who has worked in the vacation ownership industry for more than 24 years. He comes to Bluegreen Vacations from Wyndham Destinations, where he served in various sales leadership roles since 2002, most recently as Executive Vice President of Sales & Marketing where he led teams in six major regions.

Mr. Tonkin was named among Florida’s Most Influential Business Leaders by Florida Trend magazine and holds a degree in sports management from Elon University in North Carolina. 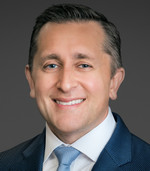 Ahmad M. Wardak serves as our Executive Vice President of Marketing and Chief Brand Officer. In his role, Mr. Wardak oversees our marketing and branding efforts as well as our sales operations at our 51%-owned joint venture with affiliates of Bass Pro Shops (the “Bass Pro JV”). Mr. Wardak also serves as a member of the Management Committee of the Bass Pro JV.

Mr. Wardak joined Bluegreen in 2003 and most recently served as EVP of Corporate Development and Innovation, where he led, among other things, our strategic and corporate development, acquisitions and development, inventory management, new product development and innovation as well as our business intelligence and analytics functions. Prior to this role, Mr. Wardak held various other senior positions with us. Most relevant to his current role, Mr. Wardak led our corporate marketing function from 2010 to 2017, which included establishing and growing our strategic partnerships and leading our multi-channel direct marketing efforts involving our various strategic partners such as Bass Pro Shops and Choice Hotels. Additionally, Mr. Wardak oversaw our database marketing, campaign management, call center operations and creative services functions as well as our new business development opportunities relative to strategic marketing.

Prior to joining us, Mr. Wardak held various positions with Ernst & Young LLP, including as a management member of the firm's Assurance and Advisory Business Services group, where his area of focus was principally in the real estate and vacation ownership industries. Mr. Wardak holds an Executive MBA from Ivey Business School in London, Ontario and a B.S. in Accounting from Florida State University. 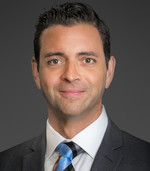 As Executive Vice President, Chief Legal and Compliance Officer, Jorge serves as chief counsel and advisor to the company’s Board of Directors and executive leadership team as well as oversees the company’s day-to-day legal operations and compliance program. Jorge started his legal career at Baker Hostetler LLP where he counseled clients in the Real Estate and Hospitality practice areas.  Prior to joining Bluegreen, Jorge served in various senior in-house counsel roles at leading vacation ownership companies. Jorge is an active member of the Florida Bar Association. Jorge received his J.D. in Law from the University of Florida Levin College of Law and B.S. in Business Administration, Finance from the University of Florida. 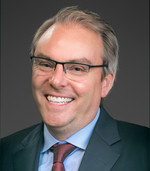 As Executive Vice President, Chief Human Resources Officer, Justin is responsible for overseeing all aspects of HR for Bluegreen.

Prior to joining Bluegreen, Justin served as Senior Vice President of Human Resources at Charming Charlie, a specialty women’s fashion retailer based in Houston, where he was instrumental in helping lead a cultural change program and was responsible for all aspects of Human Resources for their corporate office and the field including talent acquisition, learning and development, rewards and talent management. Prior to Charming Charlie, Justin was the International HR Director for the Body Shop in London England where he enjoyed a lengthy career in various executive HR positions in Canada, the US, and the United Kingdom. Justin began his career in Toronto with HMV Canada as their Director of Training and Organization Design and Cineplex Odeon Theatres Canada as their Manager of Training and Development where he was involved in developing their European operations working in both Istanbul Turkey and Vienna Austria.

Justin is a certified LSI Practitioner with Human Synergistics and is DDI certified as a program facilitator. He studied to be a middle school teacher at York University. 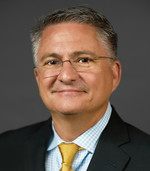 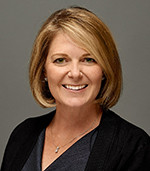 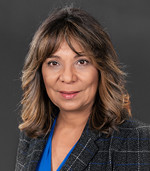 Ada Grzywna joined Bluegreen Vacations in 2013, and currently serves as Senior Vice President of Resorts Management. In her role, Ms. Grzywna leads a team of 2,200 associates with a shared mission of delivering amazing vacations to our valued owners. Additionally, she is responsible for the management and financial oversight of Bluegreen’s HOA’s, the annual budget and the renovation budget for the company's resort portfolio. She has been instrumental in reinforcing Bluegreen’s commitment to environmental sustainability and social responsibility through the development of formalized metrics, targeted goals and meaningful partnerships with organizations like Alaffia.

With over 25 years of experience in vacation ownership and hospitality, Ms. Grzywna has a proven track record of building successful service teams. Prior to joining Bluegreen, she spent 8 years at the Golden Strand in Miami Beach, served as Regional Director in charge of 18 timeshare resorts for Hilton Grand Vacations, and was the Vice President of Wyndham Vacation Ownership for the Southeast & Caribbean Region.

Prior to joining Bluegreen, Peter was Vice President of Business Development and Alliances at Orange Lake Resorts and Senior Vice President of Global Marketing/Branding at RCI. Peter has an extensive background in marketing, promotions, strategic alliances, communications and public relations. Peter received a B.A. from Hamilton College in Utica, NY, and has also completed certificate programs on Marketing and Creative Thinking at Stanford University as well as Negotiation and Conflict Resolution at Harvard University.

She joined Bluegreen in 2003 as Director of Contact Center operations in the company’s Indianapolis office. She was promoted to Vice President Customer Engagement and Shared Servicing in 2005 and was appointed to the Board of Directors for the Bluegreen Vacation Club in 2016.

Prior to joining Bluegreen Vacations, Ms Blevins was the Director of Contact Center and Program Management at Telamon Corporation in Indianapolis, Indiana where she served as the company’s customer service architect, developing and implementing business processes to support client services, field sales and deliver contract requirments. She also led contact center operations at Aspen Systems Corporation in her native Indianapolis.

Ms Blevins has been recognized for her innovative and engaging leadership in the customer service field, earning the Stevie Awards Silver Stevie Award for Customer Service for five consecutive years, 2012 – 2016. She was named an “Influential Woman of Northwest Indiana” finalist for Northwest Indiana Influential Women Association for three consecutive years, 2014 – 2016.  She also earned the Bronze Stevie Award in 2013 and was named a Woman of the Year finalist in the same year.

Sought-after for her extensive customer service knowledge, Ms Blevins is speaker for regional and national contact center conferences. She currently serves on the advisory board for Hire Dynamics, a Georgia-based talent recruitment firm, and TouchPoint One, based in Indianapolis, Indiana. She has also served as an advisory board member for Call Miner, a speech and interaction analytics software company; and the Indiana Society for Consumer Affairs.